Safe Consumption Part I: The Debate

In January 2017, Seattle and King County made national headlines: They announced their intentions to build the first two supervised consumption sites in the U.S. as a way to help combat the opioid crisis. The sites, also known as Community Health Engagement Locations (CHELs), safe consumption sites, or heroin injection sites, depending on whom you ask, are places where people can inject or consume illicit drugs legally and under medical supervision.
Link to Story

The closest supervised consumption site to Seattle—and the first one built in North America—is located on the Downtown Eastside of Vancouver, British Columbia. It's called Insite, and was created in 2003 in response to an overdose and HIV transmission crisis there in the late 1990s. Because it's the first and the closest, and has about 15 years of operation and data behind it, lots of people in the Seattle area look to Vancouver for an example of what works, or what doesn't—again, depending on whom you ask.
Link to Story

Safe Consumption Part III: The Opposite of Addiction

As Seattle moves forward with piloting its first supervised consumption site—now likely to be housed in a mobile van, not a building—the fierce debate roars on. Although many people on both sides of the issue are saying the exact same thing, if you listen for a while, there's a fundamental difference that emerges.
Link to Story

The Man on Iron Mountain

Charles Pillon, who usually goes by Chuck, has been living on a ten-acre property in unincorporated King County, near Renton, Washington, for decades now. He's built it into a sprawling empire of junk—including trucks, cars, buses, boats, RVs, tires, scrap metal, lumber, cans of paint, and heaps of yard waste mixed with trash.
Link to Story

King County has the third-largest homeless population in the country. And despite Seattle and King County's concerted efforts over the last decade, more and more people are living outside. That means more and more people are dying outside. Anitra Freeman and Qween B King Rios are two members of Women in Black, a group of volunteers that aims to stand in silent vigil for every unsheltered person who dies outside or by violence in the region.
Link to Story

Faith, Doubt, and Pedro the Lion

When Seattle-based musician David Bazan began his career in the mid-1990s, he was Christian. In the beginning, he put his faith—and his doubt about his faith—into his music. But over time, he began to sing less and less about faith, and more and more about doubt. His band, Pedro the Lion, broke up in 2005, and he’s built a solo career since, releasing albums that explore his breakup with Christianity as well as his anger toward corporate power, politics, and patriarchy.
Link to Story

Seattle, Washington is the county seat of King County—Martin Luther King, Jr. Some locals already know that their county is named for the civil rights leader; others don't. But even those who are aware of the name probably don't know much about the long, difficult journey to make this the only jurisdiction in the entire country named for Dr.
Link to Story

Rape Culture in the Alaskan Wilderness

One night a few years ago, when Jane was 13, a man she’d grown up with stumbled into the room she shared with her two sisters in Tanana, Alaska, a tiny village northwest of Fairbanks, and climbed on top of her. He was stumbling drunk and aggressive. “He tried getting into my clothes,” she recalls.
The Atlantic Link to Story

With Trump in Power, Scientists Turned to Activism. Then Things Got Complicated.

On a gray and drizzling late-April morning, some 20,000 people rallied in Cal Anderson Park for March for Science Seattle—one of hundreds of such actions across the globe that day. A lineup of speakers stepped onto a small raised platform, including Jay Inslee. The governor told the crowd that he wasn’t a scientist, but he nonetheless wanted to declare a new law of thermodynamics.
Seattle Weekly Link to Story

The Cost of Clean Coal

Barbara Correro was at home drinking tea, reading the paper. She had spent the past five years and most of her savings on a long-cherished retirement dream: a small mobile home on 24 acres of pine and hardwood forest, a large organic garden, and a pack of friendly dogs in rural Kemper County, Miss.
Grist Link to Story

Editor’s note: The following story contains detailed descriptions of sexual assault, and may be triggering to survivors. It was the day the Seahawks won the Super Bowl, and Monique was hanging out at a house party with friends, drinking hard cider and eating chicken wings. She didn’t have work the next day, so when she left the party, she didn’t go home; the city was still out celebrating, so she went out to a bar, alone.
Seattle Weekly Link to Story

At the end of March, following the poisoning of a former Russian double agent and his daughter in England, the Trump administration expelled 60 Russian diplomats from the U.S. and closed the Russian consulate in Seattle. White House officials said that these weren't necessarily diplomats, though.
Link to Story
View More Stories

I'm a freelance multimedia journalist and audio producer with a huge appetite for long-form narrative. Until recently, I was host and producer of a podcast called "Seattleland." I just wrapped up another major narrative podcast project here in Seattle -- "Trial Insider: Dinh v Ride the Ducks," a six-episode story about a trial and its context; find it on Apple Podcasts, Spotify, or wherever you get podcasts. I also produce the podcast "Crosscut Talks" for Cascade Public Media. Before all this, I was a staff writer at Seattle Weekly, a fellow at Grist.org, a staff writer and multimedia producer at Edutopia magazine, and a freelance reporter and avid international traveler. I grew up in upstate New York and the San Francisco Bay Area, studied abroad in Toulouse, France, and spent several years freelancing, traveling, and volunteering in Thailand, Vietnam, India, France, England, Peru, Ecuador, Haiti, and Nicaragua before obtaining a master's degree at the UC Berkeley Graduate School of Journalism and moving to Seattle.

As a writer, radio reporter, photographer, and web producer, I've fallen pretty hard for the myriad possibilities of multimedia storytelling. I've reported, produced, edited, voiced, and polished long-form audio documentaries. I spent a year reporting part-time for Crosscurrents on KALW 91.7 FM in San Francisco and a summer reporting for the Alaska Public Radio Network. I've produced radio pieces for broadcast on KQED’s The California Report, KUOW in Seattle, the National Radio Project’s Making Contact, and KALX 90.7 FM in Berkeley, along with many audio slide shows and add-ons for news outlets and nonprofit organizations. I've shot and edited videos, mapped data, and built stories using a variety of software platforms and CMS systems including Creatavist, Drupal, and Wordpress.

In addition to Seattle Weekly and Edutopia, I've written for Grist, Wired, The Atlantic, Crosscut, VIA, Bay Nature, Afar, Ode, Yoga Journal, Adirondack Life, Change.org, KQED’s MindShift, and The Bold Italic, among other publications, about education, travel, food, health, science, art, social justice, and the environment. I'm passionate about the power of high-integrity media to inform and inspire… and intensely curious about pretty much everything. 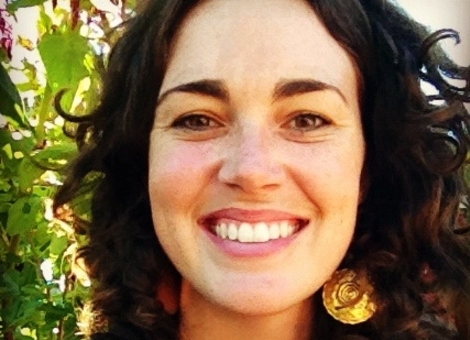